ViV laboratory is a brand established in 2008 by Mr. Koichiro Akimoto who was an engineer of a precision instrument manufacturer.
Viv Viv Laboratory released the Rigid Float tone arm in 2010 and has earned a high reputation all over the world. This Rigid Float tone arm is a straight arm with no offset angle and its base is floated with oil. Normally, unnecessary vibration transmitted to the cartridge via the pivot is cut by floating with oil.
In addition, because of low pivot friction, there are advantages such as high sensitivity and high tracing performance.
Viv laboratory’s products are based on Mr. Akimoto’s novel idea without exception, and it has features such as it is a product that is creatively rich. 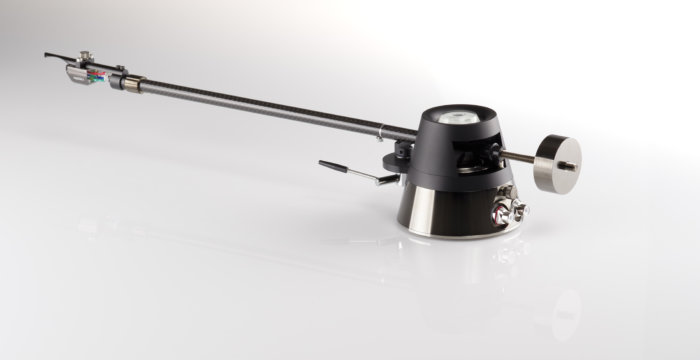