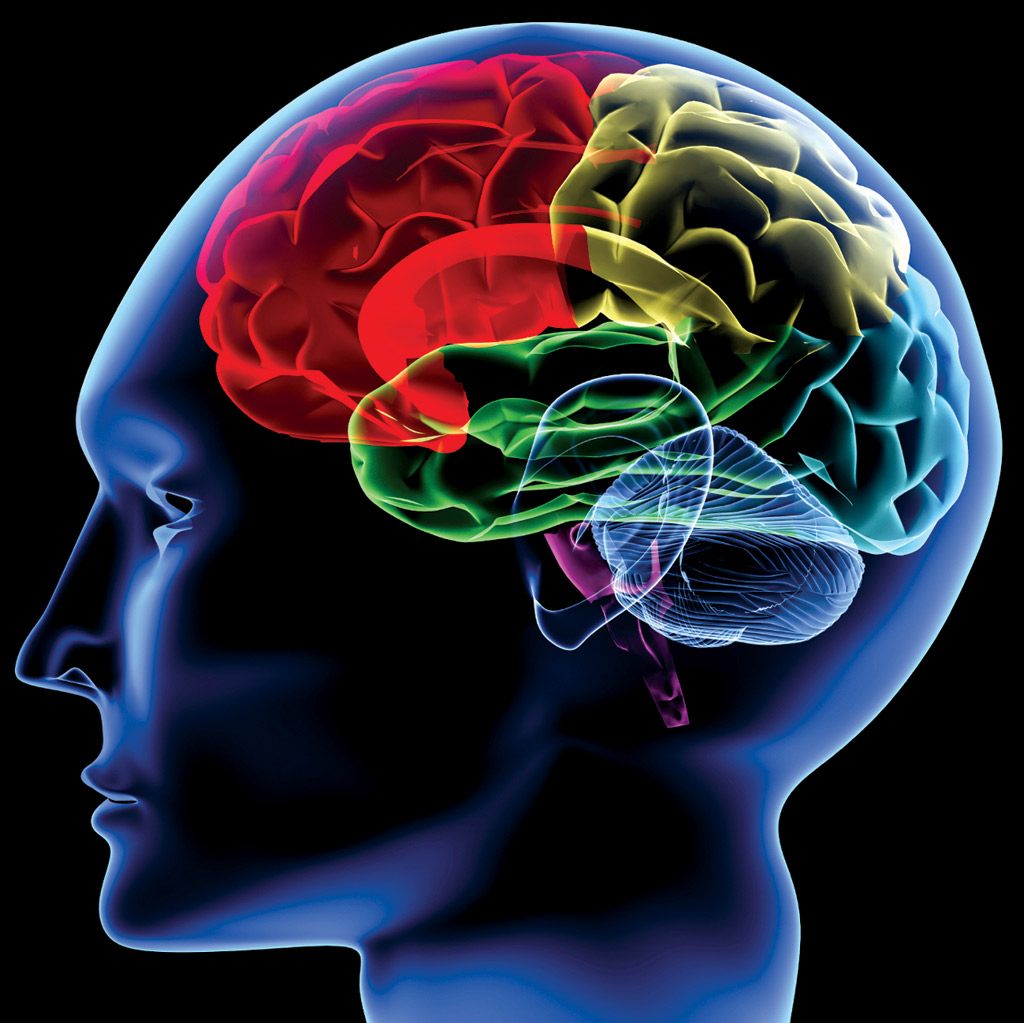 It was encounter with literature suggesting the fact that CD has a fatal flaw as a means of conveying music’s impression that I was shocked like being beaten up. An academic paper of brain science that proved by finding out that “an essential element for evoking the original impression of music has been missing from the CD” was announced. Where is the difference between sound of CD and analog record, its deciding factor? The difference between them was in frequency response. The music itself is made up of broadband sounds from low to high, but it ranges from about 20 Hz in frequency to broadband ranging from 100 Hz to sometimes 200 kHz depending on instruments and people’s voices. A high frequency exceeding 50 kHz is engraved on the analog record as is commonplace. However, the high sound of CD is recorded only up to 22.05 kHz. In the first place, the audible range of humans is about 20 kHz and it is considered to be sufficient as a tray. Even if you inscribe high frequencies that cannot be heard by the human ear, do not you? It is a unique way of dividing the digital.

With such standards, music has been distributed as digital data for 30 years, but only in the high frequency of 20 KHz or higher which was thought not to be heard, important information to say also as “hidden spice” component to tell the impression of music is hidden I never thought of dreaming that it was done.

We found out the fact and pointed out that “An essential element for evoking the original feelings of music has been missing from the CD” is an academic paper on brain science “Inaudible High-Frequency Sounds Affect Brain Activity: Hypersonic Effect “.
The leading author is Takeshi Ohashi, a Japanese. Although he is a scientist, he is a person who also has a face as Shoji Yamashiro, as a musician.

The feeling “I am moved by music” is the work of the brain, apparently at the stage of printing original sound into CD, it is the most effective ingredient from the raw sound with the power to activate the brain, the part like “hidden spice” ingredients, the spice seems to have scraped off.
Even though the components in the audible range are exactly the same, if the ears contain high frequencies that you cannot hear, the sound sounds fresh and pleasing to the full of transparency. This is a phenomenon that anyone can easily feel when listening compares. It is a fact that this high frequency effect on the brain can be confirmed not only by music but also by environmental sounds of nature, in the tropical rainforest, etc., it includes various high frequencies in addition to the audible range, giving a healthy pleasure to the human brain. The sounds of rubbing trees, sounds of water, wind, birds, animals … While various sounds are mixed in, it is also known that many of the high frequency waves generated at 200 kHz are insects. 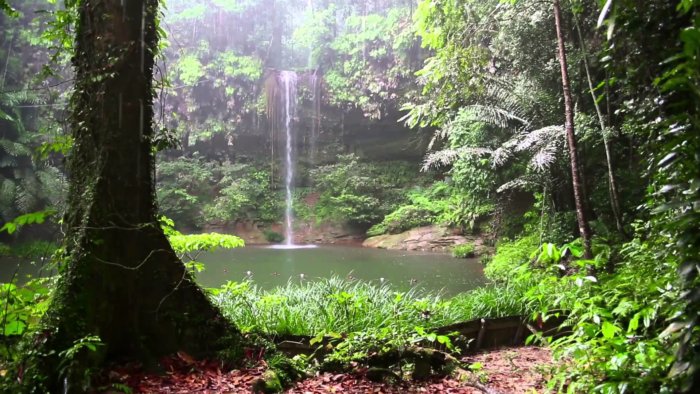 By the way, when examining crowds in the city, there are only sounds in the audible range where the high frequencies are exhausted. In other words, it seems that it is a tasteless, dry environmental sound that does not stimulate the reward system at all. And when we looked at the environment with such a frequency band in nature, it says that the place which looked exactly was found.
How a desert? If it separates from the sound of the audible range and the high frequency like a CD, the spice is reduced by half, and the brain wave reacts and the reward system is activated only when they all enjoy at the same time.
There is no effect even if you listen to only high frequencies unnecessarily, the brain does not react even if you generate artificially high frequencies. Although it is an undetected event, our brain does not appear to be so stupid. 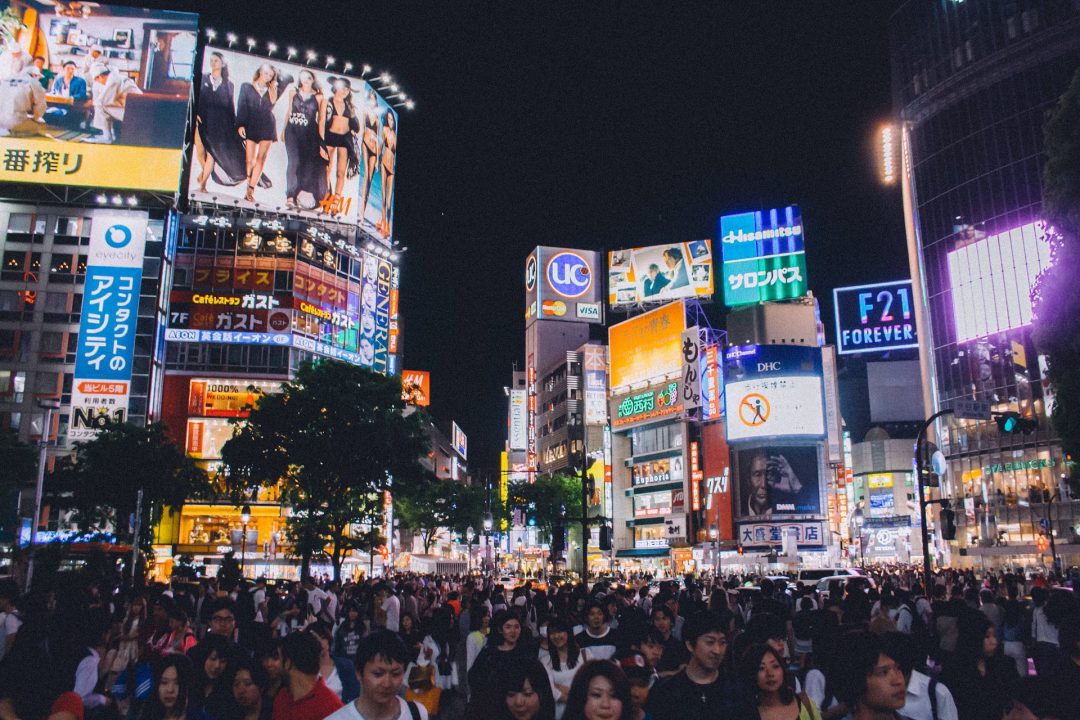 And unbelievable facts are found out. Off course it is listening to the audible range of 20 Hz to 20 KHz naturally, but how do we accept high frequencies of 20 KHz or more? It seems by human body surface, the skin rather than ear.
The sound in the audible range is perceived as auditory from the ear, and the higher frequencies receive information from the body surface and are sent directly to the brain. When listening to your favorite music with your favorite earphones / headphones, when you receive high frequency components that you cannot hear with your ears, the emotions from music are greatly different.

Off course, even from the ear alone there is a power to evoke impression in music, but a phenomenon such as an instinctive euphoria beyond reasoning or “Natural High” is accelerated greatly with the way of enjoying the sound directly bathed from the body. Everyone have experience as well. Yes, it is fun and live music and live performances. 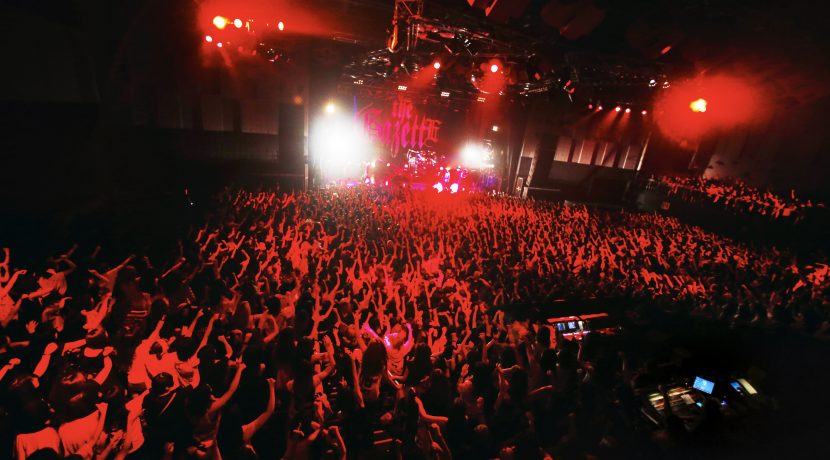 At the moment, it is not yet clear which parts of the skin is a receptor.Although I do not know what mechanism is on the surface of the body, it is said that researchers in various areas are interested. In the study by SHISEIDO Japanese cosmetic company, it was discovered that when high frequency sound is applied to the skin of mouse, the skin’s defense function is enhanced (secretion for protecting the skin is promoted), and it has already been reported in academic journals specialized in dermatology. It is almost a science-fiction world like scratching healing by letting music listen to the skin, but it is academically proven as fact.
Considering that the invisible ultraviolet rays cause sunburn, it seems that it is rather natural that the high frequency sound which is not heard by the ears gives some stimulation to the skin. Unknown susceptibility is still hidden in our body. 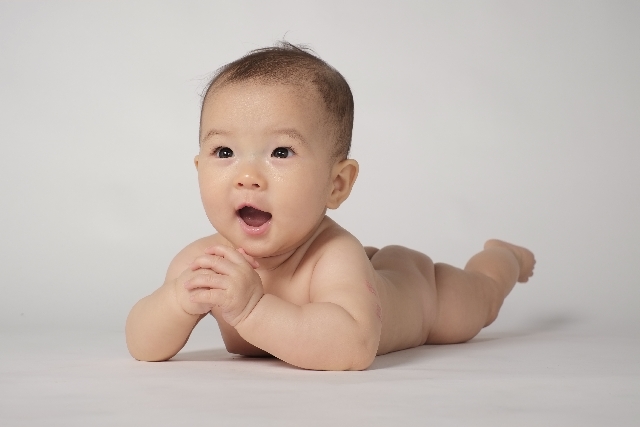 In the digital age, I do not know the fact that the fact that music has been distributed in an incomplete state has had any influence on humans.
There are psychological experiment results, for example. Have young people of the digital generation listen to analog records and CDs. When you measure the brain wave at that time, it seems to show a reaction which is more pleasant as a condition of the brain, when alpha waves appear when listening to the sound of analog record including high frequencies. However, when asking which sound he likes, he replied “I like the sound of CD”. In other words, there is a situation in which “inconsistency between physiological response and psychological reaction is occurring”. Is not this suggesting a serious problem that cannot be overlooked? How do you see the reality that music is not selling? On the other hand, it can be said that many people gather at the live is natural consolation. Although it is a modern society covered with artifacts, human olfactory rooted in instinct is still to be relied upon. High res is a long-awaited format that expresses the rich music that former analog had as it is. It may take a little more time to properly enjoy music, including high frequencies, but it may not be the only thing that makes me feel that the power that music has now being regained .

By the way, as a simple question, it seems that it was worrisome whether the recording / reproducing equipment of the analog era before converting to digital had range enough to deal with even high frequencies beyond the audible range, but it was generally okay It seems.
An analog studio mixer such as “STUDER “ or “RUPERT NEVE” which are the instrument of recording can fit in a super high frequency of 70 kHz or more easily, and though there is an exception of a microphone for a studio like as NUEMANN, there are some with a response of 50 kHz or more. There are many microphones that are said to be vintage, too, of course there are a lot of wide bands, and of course LP records are engraved with very high frequency components in the groove, and if TOP END quality cartridges are enough to reproduce It was what you could do. Originally analog musical instruments had a lot of high-frequency. PROPHET 5 Analog synthesizer circuit produce high frequencies sound outstanding. On the other hand, the digital musical instrument designs the sound expression area definitively by clearly drawn the necessity / unnecessity as to what is signaled and what is discarded at designing in order to drop the signal artificially. 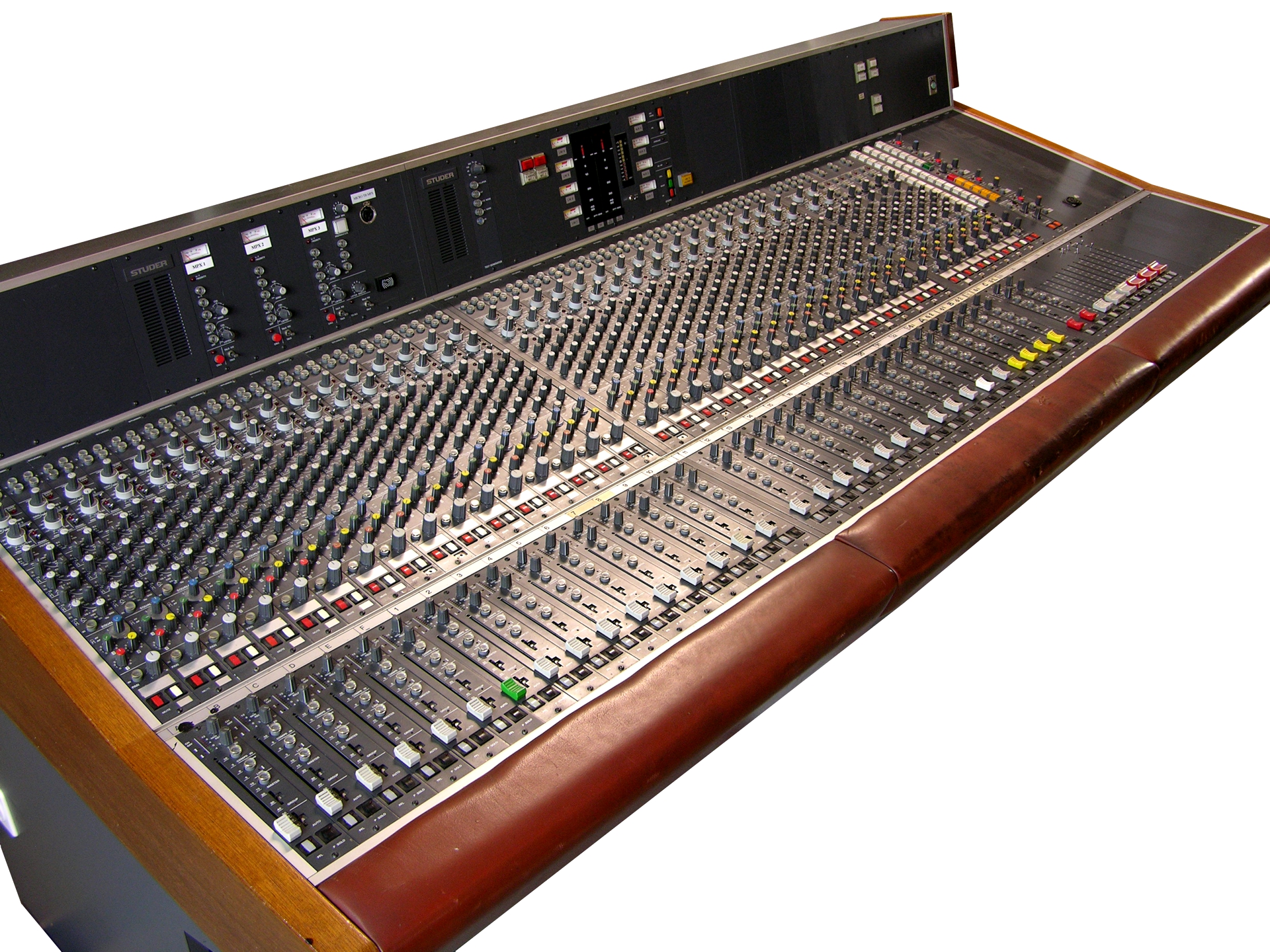 There is a history that has converged only to the audible range. Even now, the popularity of analog instruments is not declining, it may be homing instinct for digital sound quality like artificial diet where “Hidden SPICE” ingredients were cut. I believe the music industry will make a big leap with Analog record, after 30 years of darkness where music has been told only by the surface layer. Thirty years of barrenness cannot be regained, but for children born and raised during this time it will be necessary to provide a rich sound experience as soon as possible. 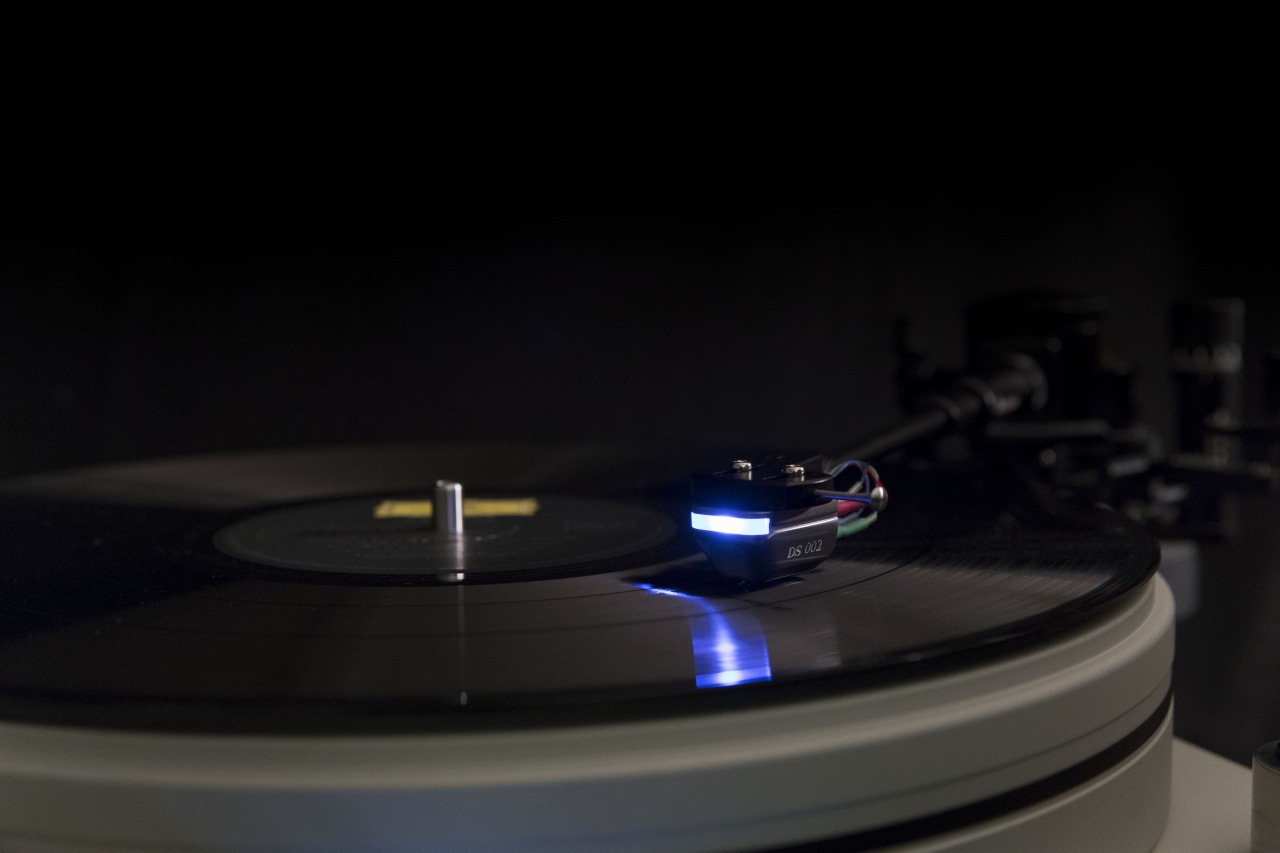